After the outbreak of the international financial crisis, commercial vehicles as production tools have been relatively affected. Uncertainty in the economic situation has led many companies to begin to control costs and proceed cautiously, which has caused an overall decline in sales of commercial vehicles. However, after a few months of trough, China's commercial vehicle market has shown signs of recovery.

Judging from the situation of commercial vehicle models, semitrailer tractors perform more prominently. According to statistics released by the Ministry of Transport, Chinaa€?s cargo throughput at the port increased by 12.9% in July from a year earlier. This is the first time since September last year that double-digit growth has taken place, confirming that Chinaa€?s economy has apparently rebounded. The economic recovery has boosted the demand for commercial vehicles such as semi-trailer tractors. In July, the production and sales of semitrailer tractors increased by 29.19% and 25.98% respectively from the previous month, an increase of 58.93% and 117% from the same period of last year.

Experts in the industry believe that commercial vehicles are important production tools. They are closely linked with the real economy. The recovery of their markets cannot be separated from the improvement of our overall economic situation. At the same time, the state's implementation of "cars to the countryside" and "old-for-new" encouragement policies have also increased the rebound in the once-troughing commercial vehicle market. In the second half of this year, with the gradual improvement of China's economy and the further development of relevant incentive policies and the related launch of the countrya€?s infrastructure investment projects, the sales volume of the commercial vehicle market is expected to achieve steady growth.

From January to July this year, Beiqi Foton, Dongfeng, FAW, Jianghuai, Chongqing Chang'an, Jinbei shares, CNHTC, Jiangling, Kama and SAIC-GM-Wuling sold a total of 1,264,400 commercial vehicles, accounting for the total sales of commercial vehicles. 70%. Compared with the same period of last year, Futian, Dongfeng, and FAW all exceeded 150,000, of which Futian exceeded 300,000 vehicles and performed even better. China's good economic development situation and positive expectations for the future commercial vehicle market have led some commercial vehicle companies to adjust their 2009 sales targets. According to reports, Foton Motors, which performed well in the first half of the year, increased its 2009 business plan from the 420,000 set at the beginning of the year to 560,000 units; Jianghuai Motors also increased its 2009 sales target for the full year from 210,000 units. To 300,000 vehicles, including 180,000 commercial vehicles, and 120,000 passenger cars.

In the commercial vehicle market, China's self-owned brand auto companies have obvious advantages. Although difficulties have been encountered at present, the market has shown signs of improvement. It is believed that with the further recovery of China's economy and the strong promotion of many positive factors, the commercial vehicle market will become better and better.

We providing a full selection of OTR Tyre for heavy mining and construction operations to handle the most extreme load. Our earthmover tyres are made to the highest quality standards for the most rugged job site environments 24 hours a day, seven days a week in all weather conditions. Our OTR tyres can perform under these conditions because:
1. Our tires are engineered to specifications that ensure quality and durability to save money and increase your production.
2. Our OTR Tyres are fully warranted for workmanship and materials.
3. All XTREME LOAD OTR Tires are covered by our Tire Warranty. 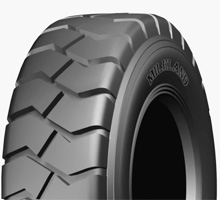 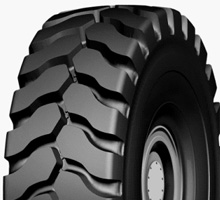